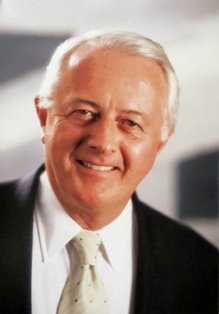 George F. Donovan, 81, passed away peacefully Sunday, May 10, 2020 in his home surrounded by family in St. Petersburg, FL after a long battle with Parkinson’s Disease.

George was preceded in death by his parents George and Ethel Donovan and sister Betty Harte. He is survived by his wife of 26 years, Bridget Donovan; daughter Lisa Donovan of Worcester; son David Donovan of Deerfield Beach, FL; grandchildren Lance and Olivia; his brother Michael Donovan of St. Petersburg, FL; and many nieces, nephews, extended family and friends.

George was born and raised in Worcester, MA but left the area shortly after graduating from Norwich University to serve in the US Army. Following the Army, he began a career with IBM selling mainframe computers to aerospace customers; but his natural leadership and entrepreneurial skills led him to new opportunities in resort and land development. As President of Fairfield Communities and later CEO of Bluegreen Corporation, George earned industry respect, recognition and numerous awards for his contributions to the industry including a Lifetime Achievement Award by ARDA and Ernst & Young’s 2005 Entrepreneur of the Year in Florida.

George was intelligent, quick-witted and the ever optimist. He was a voracious reader and loved military history. He also had a fascination for aviation, having obtained his license, and was an avid boater for years. George also enjoyed traveling, learning new languages, classical music, a fine glass of scotch and time with his family.

A life well lived is one which has goals and integrity, chosen and directed by the one who lives it to the fullest to become a human agent caught in the webs of society, business and history. That’s the life George lived. He impacted thousands of people with grace and humility and had a profound impact on his loved ones.

A celebration of life will be held at a later date. For those wishing to honor George, memorial contributions may be sent to: Christel House, Attn. Becky Arnett, 10 West Market St., Suite 1990, Indianapolis, IN 46204.

To send flowers to the family or plant a tree in memory of George Donvan, please visit Tribute Store